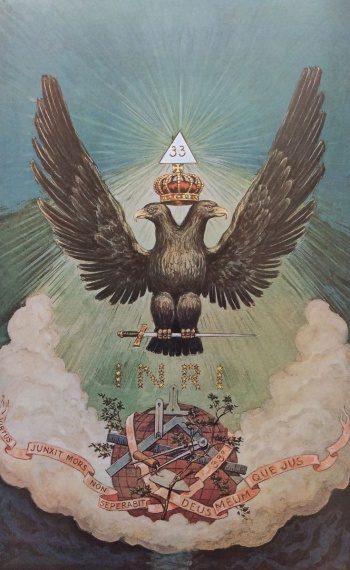 John Augustus Knapp was born and raised in Newport, Kentucky. A contemporary of Frank Duvenek and Henry Farney, he studied at the McMicken School of Design in Cincinnati. Knapp went on to hold various positions as a designer and lithographer at Russell Morgan Lithograph ( later to become U.S. Playing Card), Strobridge Lithograph, Cincinnati Process Engraving, and Standard Publishing where he illustrated books and magazines. At one time, Curtis Gates Lloyd, youngest brother of John Uri Lloyd, also worked at Standard Publishing and while there met Knapp. This meeting was the beginning of a long friendship, as well as many a collaboration between Knapp and the Lloyds.

For a time, both Knapp and John Uri Lloyd lived in Norwood. Their friendship grew into a partnership when Lloyd hired Knapp to illustrate his first novel Etidorhpa published in 1895. He went on to illustrate several other Lloyd novels. In the early 1900s, Knapp was commissioned by Curtis Gates Lloyd to paint 40 watercolors of various fungi.

In 1918, Knapp moved to Los Angeles, California, where he continued working as a designer, illustrator and painter, at one time employed by Thomas Ince Studios where he participated in the very early days of the movie industry. He died in Los Angeles in 1938.

The Secret Teachings of all Ages

First published in 1928, this volume includes fifty-four stunning full-page color plates by noted artist J. Augustus Knapp, and two hundred black and white illustrations from rare occult works and manuscripts. To this day it remains unrivaled in its scope, synthesis and graphic beauty; a must for any serious student of mystical philosophy.