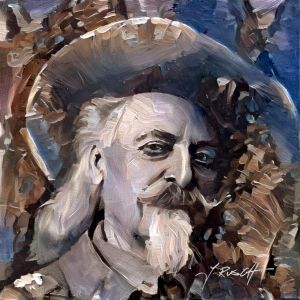 Buffalo Bill was Raised to the sublime degree of a Master Mason on January 10th 1871.

1892 Tangier Temple of the Ancient Arabic Order Nobles of the Mystic Shrine of Omaha, Nebraska.

1894 He became a member of the Ancient Accepted Scottish Rite of Freemasonry for the Northern Jurisdiction of the United States of America in the Valley of New York City.

In 1867–68 he hunted buffalo to feed construction crews on the Union Pacific Railroad.

Cody acquired a reputation not only for accurate marksmanship but also for total recall of the vast terrain he had traversed, knowledge of Indian ways, courage, and endurance. He was in demand as a scout and guide.