En:The Return of the Light to Hungary in 1989

Three decades years after 1989 in January 2020: Speech by the Austrian Freemason JAN VAN DER BRUGGE on the occasion of the 30th anniversary of the Symbolic Grand Lodge of Hungary in Budapest. Brother Jan was worshipful master of the Viennese Lodge Gleichheit in the exciting months at issue here. 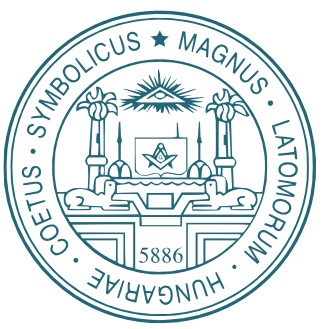 Logo of the 'Symbolic Grand Lodge of Hungary': founded for the first time in 1886, indicated here with 5886 - an old method of indicating the year (year + 4000) that has more or less gotten out of Masonic fashion. 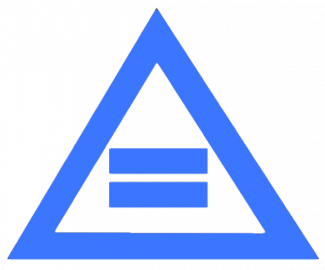 Logo of the Lodge 'Gleichheit' (= Equality).
According to the name of the Lodge it is deliberately kept simple.

Thank you for having me invited to this memorable meeting to commemorate 150, 30 and 25 years of the history of Hungarian, and thus also Austrian Freemasonry. For since 1871, the so-called Austrian “Border Lodges”, “cross-border lodges”, resumed their masonic activities, yet not in Austria, but in the Hungarian part of the Habsburg monarchy, under the patronage of the Symbolic Grand Lodge of Hungary, here in Budapest: Freemasonry was strictly forbidden in the Austrian part.

One of the last lodges to be installed on Hungarian territory was, in 1913/1914, my Gleichheit lodge, established in Pressburg, the Hungarian Pozsony, nowadays the Slovakian capital of Bratislava. In 1988, in order to commemorate our 75th anniversary, my lodge, which I, at that time, had the honor to serve as Worshipful Master, organized a lecture called “Our Hungarian Roots”.

We heard, to my surprise, that even under Communist Rule, masonic brethren were still, or again, meeting in Budapest. I was asked by an Austrian Hungarian brother, Otto Balázs, if my lodge could do something for them. Two months later a Past Master, my Brother Udo and I travelled by train to Budapest, where we were met by brethren who at that time were as old as I am now.

We went to a private apartment where some 10 other brethren were waiting for us: there were elderly brethren, initiated before 1950; others who had been initiated in the 1970s and 80s both in Germany and in France, and the younger ones, still Entered Apprentices, initiated in private places in Budapest. Some of them had been visiting also the Hungarian lodge in Vienna. So they did have connections with Masonry beyond their frontiers.

How could we help them? By giving them a legal status, and we offered them a Masonic home, like their predecessors had done between 1871 and 1914, for Austrian brethren who had to cross the border to have lodges meetings in places like Poszony, Pressburg. We considered this to be a historical Thank-you-gift.

They all signed a petition “accepting our invitation”, a cautious code formulation, implicitly wanting to be affiliated to my lodge Gleichheit! And they even signed for other, absent brethren, such was the enthusiasm! The petition was signed by the Brethren Ferenc, Janos, György, Attila, Peter, Ferenc, Istvan, Jenö, Laszlo and Endre.

Could we affiliate, in one country, masons, regular and irregular ones, who were living in a country where Masonry did not officially exist and was even prohibited? Since in our Grand Lodge Constitution nothing was mentioned on this subject, we said that we could! That evening we must have had a great party afterwards, because I can’t remember it.

Back in Vienna, we presented the petition to our Grand Master, Franz Hausner, who told us to go ahead and to keep him informed. Then, in January 1989, a few months afterwards, 14 Hungarian brethren arrived in Vienna by train. We went together by bus to a small town east of Vienna, where Gleichheit lodge used to own a building for masonic meetings: Breitenbrunn. It lies in a region that was until 1920/21 a part of Hungary and in Hungarian is called Fertőszéleskút, not far away from the border town of Pressburg/Poszony/Bratislava.

The circle had been closed! All our Hungarian masons were affiliated, and promised loyalty to the Constitution of the Grand Lodge of Austria. Bro. István Galambos was appointed Deputy Master of our Lodge in charge of so-called Hungarian affairs.

Since nobody knew, or was even able to guess, what the outcome of the changes in Eastern Europe was going to be, we planned to create a kind of cross-border lodge as a part of Gleichheit – in Hungarian Egyenlöség – for our Hungarian members in expectation of returning the masonic Light to their Fatherland.

We scheduled a development of 5 years, with degree work, lectures, instructions, initiations and affiliations. Well, it all came sooner. While conferring Fellow Craft and Master degrees to our younger Hungarian brethren, in June of 1989 Grand Master Hausner made a draft version for a Constitution of a reborn Symbolic Grand Lodge, since legislation in Hungary had become more tolerant.

Yet there had been numerous attempts by Hungarian masons in Western Europe, even in Austria, to interfere in our plans of the re-birth of Masonry in Hungary. In several occasions, Bro. Galambos had to defend our project, insisting on their own, autonomous way. Western Hungarians had warned him of unforeseeable consequences, of dangers that could lie ahead, political or legal ones. But Galambos and our other Brethren stood firm: he stated that – and I quote: “We know better than anyone else abroad how the situation is in our country”. And he added, not once, but several times: “We will rigorously select our future members in order not to repeat the mistakes made in 1945 – when we grew too fast!”, referring to the fact that by the end of 1947, two years after the war, there were more than 1.300 members in Hungary!

In August of 1989, the association Symbolic Grand Lodge of Hungary was legally created and founded in Budapest in the presence of some 60 Brethren from all over the country. Our 14 Gleichheit members, under the leadership of Istvan Galambos, had advertised in the newspapers that “the friends of Marcel Benedek” were going to meet that day. Benedek had been the last Hungarian Grand Master. That day, István Galambos was elected Grand Master.

Now we had to develop three lodges in order to constitute a Grand Lodge. Our 14 or 15 Gleichheit members shifted our people in such a way that we could create Egyenlöség, Equality, in gratitude towards our lodge Gleichheit, then Déak, Galilei and a fourth one, Arpád, in the East of Szeged.

In November of 1989, the General Assembly of the Austrian Grand Lodge approved the creation of these 4 Hungarian lodges in Breitenbrunn as a final preliminary step to the Return of the Symbolic Grand Lodge. Grand Master Franz Hausner installed the new lodges as Austrian “border lodges” summoning their Worshipful Masters to meet in Budapest, on December 27, 1989, during the Festival of Saint John the Evangelist, when the Masonic light would return to the Symbolic Grand Lodge of Hungary, and put themselves under its patronage.

We had achieved the Return of the Light almost within a year, thanks to our joint endeavors, and due to the abrupt change of political circumstances in Hungary. The Symbolic Grand Lodge of Hungary was the first Grand Lodge to be reestablished in a country of what we used to call Eastern Europe.

On December 30 1989, a Budapest German language newspaper, “Neueste Nachrichten”, informed succinctly, on page 3: “The Freemasons are back”.